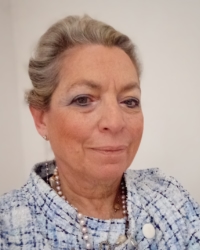 She is currently an adjunct professor of " Laws and Policies on Countering Domestic and International Corruption" at the Catholic University of the Sacred Heart in Milan.

Since 2016, she has been a member of the Observatory on Public Contracts, established by the Bocconi, Trento and Pavia Universities.

She has held numerous institutional positions in Public Administrations and international bodies.

She collaborated on legal journals and scientific series and as an independent legal expert she held prestigious positions at Italian universities in the areas of anti-corruption, transparency, public contracts.

She has been responsible for local units of national inter-university research projects (MIUR/PRIN), also participating in international projects.

Her extensive scientific production ranges from the publication of monographs to collective volumes, essays, articles, and notes, especially in the areas of anticorruption, transparency, and international protection of migrants.