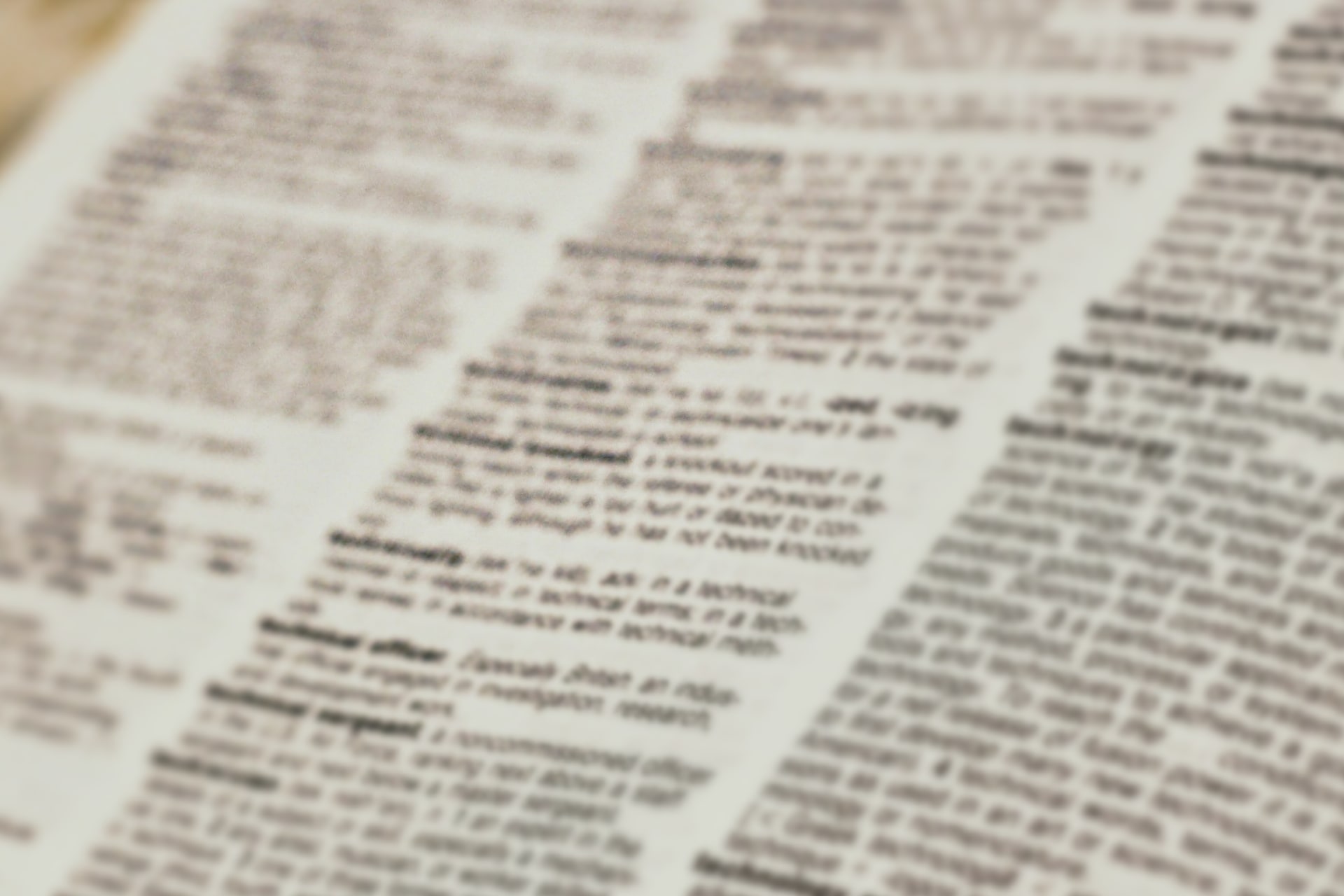 Ethics Foundation: the Municipality of Asti in the budget area like Trieste and Bolzano and is in the 'good' class ù
(La voce di asti - 01 October 2021)

Anti-corruption: the Municipality of Asti is the best in Italy
(The new province - 2 October 2021)

Municipalities in the vote: do they know how to administer?
(Huffingtonpost - October 2, 2021)

Ability to administer: Trani among the worst in Italy, Bari among the best
(Traniviva - 2nd September 2021)

The Municipality of Vicenza is eighth in Italy out of 109 provincial capitals for quality of government
(La piazza web - September 20, 2021)

Ability to administer, Rieti at the bottom of the ranking
(Il Messaggero - 2nd September 2021)

Rating of the administrations of the provincial capitals, Ethics Foundation rejects that of Syracuse
(Siracusa post - 19 September 2021)

Public administration. Ragusa is the first capital in Sicily in the Ethics Foundation report
(Syracuse 2000 - 20 September 2021)

Administrative capacity: Municipality of Imperia among the worst in Italy according to the Ethics Foundation
(Imperia post - 20 September 2021)

Administrative capacity, Viterbo at the bottom of the ranking
(Tusciaweb - 21 September 2021)

Ability to administer, Avellino among the worst cities in Italy
(Irpinia news - 20 September 2021)

Imperia among the last in the 'Fondazione Etica' ranking: the PD "The Mayor uses it as an incentive to do better"
(Imperia news - September 22, 2021)

Ability to administer: Lecco 1st in Lombardy in the ranking of the Ethical Foundation
(Lecco notizie - 22 September 2021)

Foundation: Teramo, one of the worst municipalities for presentation and administrative skills
(www.ekuonews.it - ​​19 September 2021)

Administrative capacity, Viterbo at the bottom of the ranking among the Italian capitals

Last in the ranking for the efficiency of the public administration, the anger of Codacons: "A ship that is sinking"
(Agrigento notizie - September 19, 2021)

Tenders, votes to the Municipalities: the tenders? Only in 4 cases out of 10. The most virtuous is Rimini
(Corriere della Sera - 25 July 2021)

Management of contracts and suppliers, Lazio, Veneto, Marche at the top Puglia is the rear
(Corriere della Sera - 2 June 2021)

Mani Verdi, students and family members talk about the fight against pollution with a video
(Il Giunco ​​- 11 April 2021)

Pd: "The Municipality of Rieti last in the ranking of Public Rating" "Thirteen construction projects worth 200 million"
(La Nazione - February 14, 2021)

Pd: "The Municipality of Rieti last in the ranking of Public Rating" "Thirteen construction projects worth 200 million"
(La Nazione - February 14, 2021)

Public rating, the Municipality of Latina is the first in Lazio. Well-being ok
(Il Messaggero - 13 February 2021)

Casanica: "The competent administrators of the Municipality of Rieti flop"
(Rieti Life  - February 12, 2021)

Majority: "The excellent administrative and financial reputation will bring more funds and new projects, these are the facts of the Tambellini administration, a management model for the whole country"
(La gazzetta di Lucca - February 9, 2021)

“Fondazione Etica” assesses the spending power of the Municipalities in view of the Recovery Fund.
(Verdeazzurronotizie - February 7, 2021)

Regions to vote, which ones administer best
(Huffintonpost - 17 September 2020)

“Transparent administration”, rating of the Regions: Umbria does not shine.
(Parmatoday - 14 September 2020)

Marras: «Tuscany is the first region in Italy in terms of quality of administration. Now go on like this "
(Il Giunco- 13 September 2020)

Regions, Tuscany the most transparent. Lombardy is coming down
(Corriere della Sera - 13 September 2020)

Transparency and efficiency of the Public Administration: for the Fondazione Etica Cuneo it is third in Italy
(Cuneodice.it - ​​10 June 2020)

Rieti, the last Municipality in Italy in the evaluation of the Public Rating
(Corriere di Rieti - 8 June 2020)

The Municipality of Latina is the first capital of the province of Lazio by public rating
(Caffè.Tv - 8 June 2020)

Udine among the most efficient municipalities
(Messaggero veneto - 8 June 2020)

Efficiency in public management, Udine at the top in Italy for Fondazione Etica
(Friuli Oggi - 8 June 2020)

Public rating of the Ethical Foundation: Prato and Milan in the lead
(TV Prato - 7 June 2020)

Public rating of the Ethical Foundation: Prato and Milan in the lead
(TV Prato - 7 June 2020)

The first dossier for the new governor? A bureaucracy to be sent to the workshop
(Corriere della Calabria - 21 January 2020)

Efficient administration, Tuscany is at the top
(Sole24Ore Toscana - 18 October 2019)

Region check-up. Here is the report on the qualitative rating of Tuscany
(Met - 18 October 2019)

Region check-up. Here is the report on the qualitative rating of Tuscany
(Gonews - 18 October 2019)

Region check-up. Here is the report on the qualitative rating of Tuscany
(Toscana news - 18 October 2019)

Public Rating Ranking: Foggia in seventh place, first city in the South in the 'Fondazione Etica'
(Foggia day - 25 May 2019)

Cuneo: 'Positive news that rewards the work of the administration'
(www.cuneodice.it - ​​15 May 2018)

The Ethics Foundation Rating: subject to an agreement with the Government
(www.lapostadelsindaco.it - ​​15 May 2018)

In Follonica, the majority asks for transparency on their actions
(Maremma news - 22 March 2018)

Grosseto pilot city for the RiformAttiva project: the government experiments with the Madia reform
(ilgiunco.net - February 19, 2018)

Marras: 'More resources for small municipalities, they must be put in a position to be able to provide services'
(Maremma news - 17 February 2018)

Municipalities and homes, not only Noleggiopoli
Treviso, Cuneo and Brindisi the most virtuous
(Corriere della Sera - 8 February 2018)

Municipality of Treviso at the top in Italy for the management of real estate assets
(www.venetoricoltura.it - ​​8 February 2018)

Efficiency under the examination of Ethics
(Il Tirreno - 6 January 2018)

Lots of funds from Rome and low taxation The "rating" of the island
(Corriere della Sera - November 3, 2017)

Parma and Cuneo champions of transparency: the study by Fondazione Etica on the financial statements of a group of Italian cities.
(Corriere della Sera - 8 October 2017)

Municipalities, here are the samples of transparency
(Corriere della Sera - 23 May 2017)

Politics: "Terni among the worst cities for the degree of transparency" according to the report of the Ethics Foundation
(Altopascio.info - 23 May 2017)

Terni, the Corsera shoots on Palazzo Spada and the force-man Nevi sinks the blade
(The daily news - 23 May 2017)

Public Rating: the Municipality of Parma at the top in Italy
(Parmadaily - 12 March 2017)

Public rating, Parma on the podium
(Municipality of Parma - 13 March 2017)

Transparency, a report card to be improved
(Il Tirreno - 2 December 2016)

Public money: the institution spends pretty well, but it could do better
(La Nazione - 2 December 2016)

Rating for the municipalities, the proposal: more money for the virtuous
(Corriere della sera Brescia - 25 November 2016)

The Tripadvisor of the public administration
(La Nazione - 18 May 2015)

4 opinion leaders talk about us - The video
Gomez, Latella, Nuzzi, Perrino say what they think of the rating for the public administration. Listen to the summary of the interviews.

Rating against bureaucracy and waste. Here's how to change the PA
(Affari Italiani - 8 May 2014)